To: UNITED NATIONS
Why are you killing our children?


We, the undersigned, condemn the terrorist acts on the Serbian children of Gorazdevac, on the 13th of August, 2003, on the river Bistrica. This terrorist action claimed the life of two teenagers, several injured…of whom four remain in critical condition. We strongly request that all the implicated and relevant institutions: UN, KFOR, UNMIK, European Union, Government of Serbia, Government of Kosovo, Humanitarian Organization, Human Rights Commission, to stop these terrorist actions upon the remaining Serbian population in Kosovo. Terrorist actions such as: kidnapping, killing, ethnic cleansing, burning of homes, destroying of cultural heritage should be stopped immediately. We request the guaranteed safety and security of the Serbian and other ethnic minorities remaining in Kosovo.


We request the realization of the Resolution SB.UN 1244:

1) Allow for the reintegration of returning Serbs (who were chased out of Kosovo and Metohija), and allow them to return to their homes.

2) Return of Serbian soldiers and police to Kosovo.

3) Guarantee the safety of all the population of Kosovo and Metohija.

5) Guarantee inalienable nature of Kosovo and Metohija from Serbia.


The realization of the above mentioned requests is the only lasting guarantee for a permanent resolution to the Kosovo situation and stabilization of the region.

The present mission of KFORA and UNMIK in Kosovo is an illustration of an unsuccessful political failure of the UN. This is a strong signal for change of the current course and the return of the image of the UN in the international forum.

With your signature, join us in our collective appeal.

The Why are you killing our children? Petition to UNITED NATIONS was created by FORUM OF UNITED SERBS and written by Sava Vidanovic. This petition is hosted here at www.PetitionOnline.com as a public service. There is no endorsement of this petition, express or implied, by Artifice, Inc. or our sponsors. For technical support please use our simple Petition Help form. 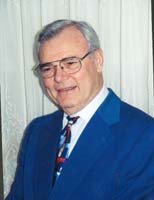